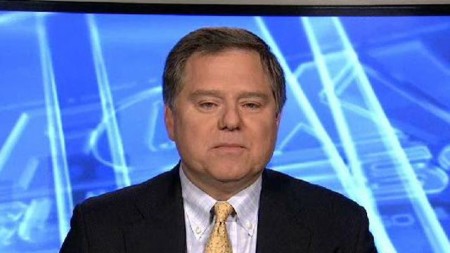 Look closely at the faces in the background on the Jan. 22, 1979 cover of Sports Illustrated and you’ll spot a young Cary McMillan, cheering like crazy for Lou Henson’s crew.

Just like he'd dozens of other times at the basketball arena formerly known as the Assembly Hall.

“I was always a big Illini basketball fan. I went to Urbana High School and my parents had season tickets,” says the 1980 Gies College of Business grad, 2004 Chicago Illini of the Year and one-time Alpha Tau Omega House resident.

“We were not very good in the mid-’70s but all that changed my junior year at Illinois. Over the holidays, we went down to Lexington, Kentucky, and we won the Kentucky Invitational tournament. One of my best friends, Neil Bresnahan, was MVP. We beat Jim Boeheim and Syracuse, among our wins.

“But the best memory came just before classes started a few weeks later, in January 1979. No. 1-rated Michigan State and Earvin Johnson came to visit. My pals and I from Orange Krush were able to sit in the front row as the Illinettes were not at that game.

“While my friends, Neil Bresnahan and Rob Judson, played well, the most fantastic thing happened: Eddie Johnson took a shot from the corner as time expired and No. 4 Illinois beat No. 1 Sparty at the buzzer. Beat the eventual national champs.

“My ATO pals and I got pictured on the cover of Sports Illustrated and in all the local papers, and were interviewed at Kam’s by Tim Weigel of WLS in Chicago.

He currently sits on the board of directors for American Eagle Outfitters and Hyatt Hotels and formerly served on the boards of McDonald’s, Hewitt Associates and Sara Lee.