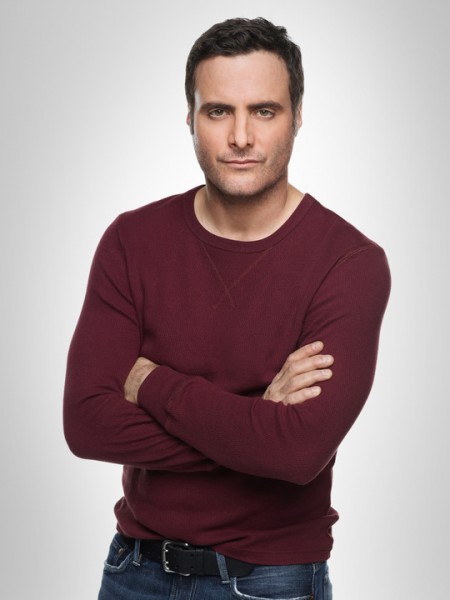 On a hit Showtime series, he shared a bed with a pill-popping ER nurse who cheated on him.

But Nurse Jackie had nothing on one of Dominic Fumusa’s real-life first roommates at the UI.

“My first fall, I lived in an apartment in Champaign with two random roommates. One was an undergrad at the UI and the other claimed to be attending Parkland — but he was spending most of his days working out and I think he was on steroids. He also owned a shotgun — not necessarily a great combination.

“One day, I came home to find the carcass of a pheasant in our kitchen sink and a hole in one of our walls. He explained that he had been hunting and before he went hunting he had taken some target practice in the living room, shooting his shotgun through a couple of thick books that apparently didn’t stand a chance.

“Upon seeing this, I said ‘cool’ and then I excused myself, went to my room and immediately called the landlord. I asked to be relocated into one of his other apartment buildings near campus. The landlord at first didn’t want to be bothered but when I explained to him that if he didn’t relocate me I would call the police about a gun going off in one of his buildings, he acquiesced.

“My second apartment was fine — no guns going off or dead birds in the sink — but it was again with a couple of random roommates and it just didn’t feel right. So that spring of 1992, as I was thinking about where to live for the next school year, I took a chance and strolled into Hendrick House on Green Street across from Krannert. I had walked by Hendrick House at least twice a day all year long on my way to and from Krannert, where I was nearly 24/7.

“I had heard that Hendrick House was looking for RAs. I applied to be an RA, thinking there’s no way I’d get the job given how many hours I spent at Krannert. Much to my pleasant surprise, Betsy Hendrick hired me. It changed my life. I suddenly had a real home in Champaign-Urbana. I loved being an RA, even though I probably wasn’t a very good one.

“I lived at Hendrick House for my final two years and I loved getting to know the people there, especially Betsy Hendrick and her daughter, Becky Rowe. They still run their great private dorm and they are still my very dear friends.”