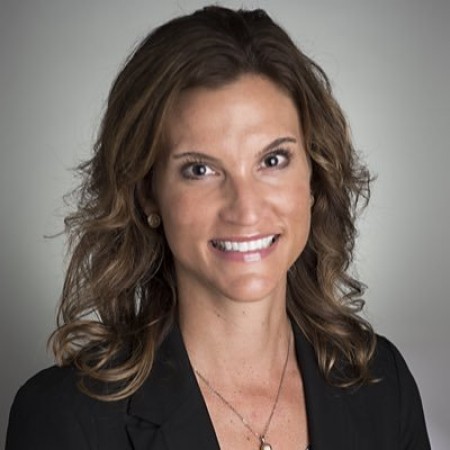 You won’t find her name alongside Tonja Buford-Bailey’s and Ashley Berggren’s on the list of Illini legends but Erin McNary had about as highly decorated a UI sports career as anyone in her era.

“Playing many intramural athletic competitions — women’s basketball, co-ed basketball, soccer and broomball — at IMPE and CRCE were great memories,” says the 2001 sport management grad, now an assistant professor of sport administration at the University of Miami.

“Since my brother was a senior at U of I when I was a freshman, we played together, which was a lot of fun. Then, once I joined a sorority, Pi Beta Phi, I met my core group of friends whom were athletic and we put together many good intramural teams — winning nine IM championships, even getting to play the finals in Assembly Hall.

“During this time, a few of my teammates and I coached a fifth- and sixth-grade girls’ basketball team for the Urbana Park District, so they came and cheered for us, bringing posters and their excitement.

“Not only did I learn how to properly work out at IMPE and work off those Gumby’s Pizza Pokey Sticks, but this was my first real job aside from being a lifeguard in my hometown of Paris, Illinois. Many of the student employees would hang out outside of work, and it made U of I seem much smaller — especially for me, coming from a small town.

“As I look at the core values of Campus Rec at U of I — innovation, collaboration, leadership, student experience and inclusion — reflecting back, I think, ‘Wow, these values have shaped who I am today in my role as a sport administration faculty member at the University of Miami.’

"However, it is not just the values but the people and the leadership that have impacted so many U of I student employees.

“Tony Clements was the director of Campus Recreation throughout my time as a head facility supervisor. Tony always made time for student employees despite his busy schedule.

"Since my mom and dad are U of I season-ticket holders, after graduation, I would come back to attend U of I football games, and Tony and I would have a nice catchup session — him remembering my various moves and promotions. He has since passed away, but I will always remember our talks.

“Another influence during my time at U of I was my direct supervisor, Doug Boyer, current assistant director of aquatics, events and facility scheduling at Campus Recreation. He served as a great role model and embodied the core values of Campus Recreation and was always there to offer professional advice.

“I hope current and future students continue learning and growing as much as I did during their careers as U of I Campus Recreation fitness enthusiasts and employees.”