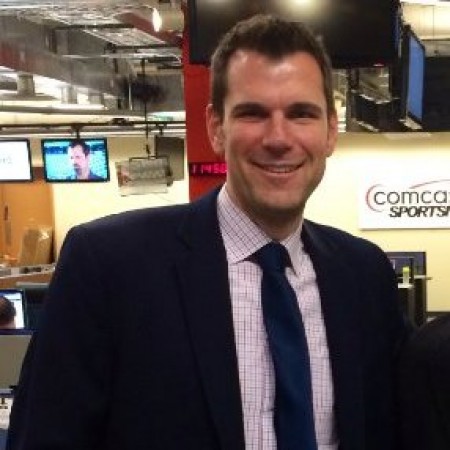 “Though the campus is spread out, most of my memories stem from two places close to each other,” says John Schippman (’00), NBC Sports Chicago’s Emmy-winning director of studio content.

“Being in the College of Communications and majoring in media studies, I lived in Gregory Hall. The library, the small classrooms, the smaller lecture halls — I loved it. I felt lucky that the ‘lecture’ halls in Greg Hall weren’t as enormous as in other buildings. Though it was a class lecture, it still had the feel of a classroom.

“Just down the street — east on Armory — was the Harding Band Building.

“I was in the Illini Drumline and we were practicing up to six days a week, so I was always hanging around that building. When the weather was nice, we headed outside and tried to stay focused as the college scene was happening all around us.

“The best memories were on Saturday game days. They started early — 6 a.m. We strapped on our drums at the band building and marched to Memorial Stadium for practice at 7.

“Our route included marching through the Six Pack of dorms. The expletives and hand gestures we received weren’t always nice as students tried to sleep in on Saturday morning, but we loved it — it was something that we looked forward to. If anyone else is causing that noise disturbance, the campus police are called, but we were the Illini Drumline, and got a hall pass every home game day.

“Having the opportunity to perform on the football field was always a rush — and leading the players out of the tunnel pregame with us playing ‘War Chant’ — that was a memory that’s fresh in my mind today. The players’ hands on your shoulders as they were ready to take the field for the game, and you were part of it, that’s not something everyone can be a part of.”