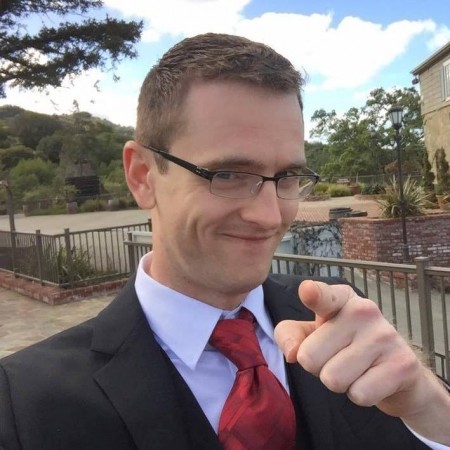 The name may not ring a bell right away but if you attended Illini basketball games in the early part of this decade, it’s a good bet you saw Matt Frisbie in action.

Frisbie (BS ’12, computer engineering) was the one tooting the trumpet in what he remembers as the “zesty solo” at the start of the band’s signature song following every home win —  “Kiss Him Goodbye.”

“As a former trumpet player in the Marching Illini, Orange & Blues Band and Basketball Band, all Illinois sporting events I played at were enjoyable, but playing with the basketball band in Assembly Hall was special,” says the Google software engineer and author.

“On February 1, 2011, I was playing in the band for the Illinois-Penn State game. Outside the flying saucer, campus was engulfed in a ferocious snow storm. Mid-game, the Illini alert system sent out the snow day text message: ‘Classes are canceled on 2/2/11,’ which every student in attendance received simultaneously.

"I vividly recall a jubilant roar explode out of the audience, much to the confusion of the players.

“After an evening of youthful indiscretion, there truly was no substitute for a sandwich that was little more than a fried appetizer platter and french fries shoved into a hoagie roll.

“Each student will remember one bar more fondly than the rest, and to me Legends stands out. Every Tuesday after my mechatronics lab I’d head over to meet a group of friends and continue work on my 'Ride the Rail' card — a hideously compelling marathon drinking challenge which, for many like me, becomes an obsession.

“Nevertheless, my weekly persistence riding the rail paid off: I finished all 48 beers and earned my name on the wall, and in the process I became close with the girl I would eventually marry.”