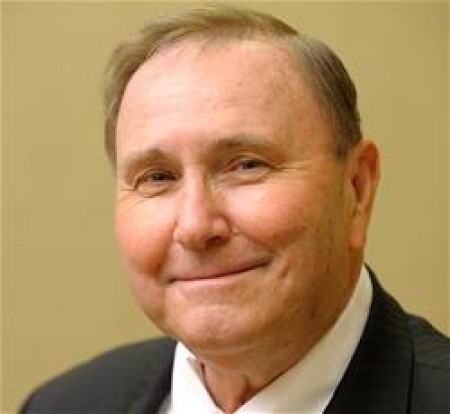 President | Entrepreneurs in Education | Class of 1969

One perk of being a grad student in the College of Education in Larry Smith's day: the music those with office space were treated to many Thursday afternoons in the fall.

He can still hear it now.

“I remember working in Room 10 in the College of Education and on Thursday afternoons the marching band would be practicing close by getting ready for the home game on Saturday," says the Entrepreneurs in Education president, who earned his master's (Class of '69) and Ph.D. ('72) at Illinois.

“While I couldn’t see them practicing, I could certainly hear them, and the excitement for Saturday afternoon would begin. By the time the band had finished practice, I was so fired up I could hardly stand to wait for Saturday to come.

“After I left Illinois, I accepted an appointment at the University of Florida. Going to the games in Gainesville was fun, but I could never get as excited as I did when I was at Illinois, and then one day, it occurred to me that the difference was listening to the Marching Illini practicing on those fall Thursday afternoons."