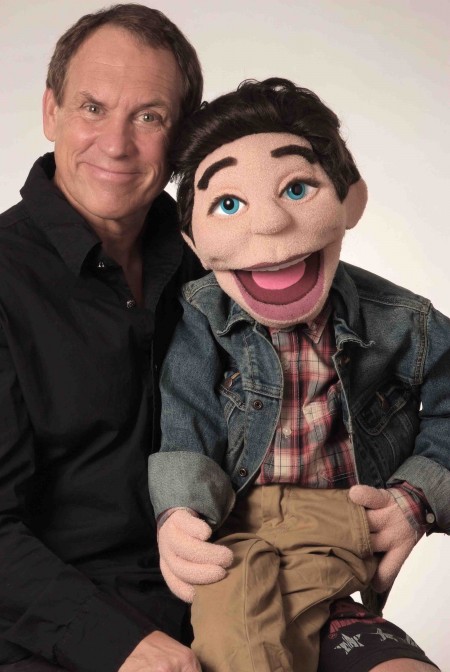 “It’s late autumn 1977. I’m in our end zone at Memorial Stadium with my teammates, going through warmups as we prepare to get bulldozed by the Buckeyes.

"I notice that the stands behind me are jammed with people sporting cherry red jackets and sweaters. Illinois has stuck the formidable Ohio State traveling fan base with the worst seats in our stadium.

“As I start stretching, the fans around me begin cheering. I look up and there he is — the legendary, fiery, antagonistic Buckeyes football coach. Woody Freaking Hayes. And he’s 10 feet from me.

“He gets a quizzical look on his face. Eye contact. I detect disgust.

"He spits out these words: ‘You’re a Big Ten football player?’ He gives a little cackle and walks away.

"It worked. We lose by five touchdowns.

“Fast-forward to 1978. The Illini are in Columbus and we’re getting shellacked — so much so that I get in. I read a play — a handoff — and chase the running back out of bounds on the OSU sideline.

“And there, clipboard in hand, is Coach Hayes. I make my move. ‘Yeah!’ I shout, ‘I am a Big Ten football player.’

"I turn to run back on the field, and I can hear him shouting at me. He’s livid.

“We lose by a lot. We’re shaking hands with players from the other team and I just want to get to the locker room. A giant lineman from Ohio State named Byron Cato comes over to me. ‘What did you say to Coach?’ he asks me. ‘He’s crazy-mad.’

“A month or so goes by and I’m watching a bowl game with my dad in our TV room. Ohio State is playing Clemson and it’s close. That is, until a Clemson defender picks off an errant pass and is returning it down the sideline for a TD that will seal the deal.

“And as I stare, open-mouthed at the little TV screen, Coach Hayes jumps off the sideline and tackles the Clemson player. It’s epic and historic and way, way off the grid of acceptability.

“Coach Hayes was obviously at the end of a distinguished career. He had championships and friendships and notoriety. But he had gone off the rails by the close of '78, and I will always maintain that I, Taylor Mason, walk-on and laughable ‘Big Ten football player,’ had pushed him over the edge.”