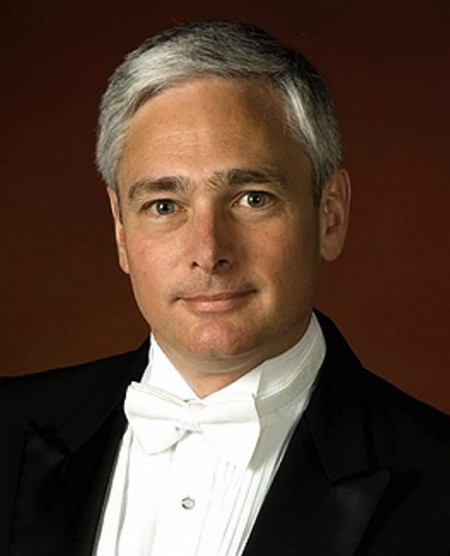 Only 17 years earlier, he himself had marched in the Illini drumline.

So the chance to come back as band director was one Tom Caneva signed up for with glee — even if things were a little different here than they’d been at Colorado.

“It was the fall of 1998, and the football team was on a 19-game losing streak. I had just come from a school that had been to bowl games eight of the nine previous seasons, so this was really different," says Caneva, who directed the Marching Illini from 1999 to 2006 (the Ron Turner and Ron Zook years).

“What I remember most about the first football game as director is that we won and many fans stormed the field. It was terrific fun, until I turned around and saw a few members of the Marching Illini hanging from the goal posts.

"I’m pretty sure they didn’t march again that season.”